Plan your visit to The CJM!

Cary Leibowitz: Museum Show is the first comprehensive career survey and solo museum exhibition devoted to the New York-based contemporary artist, Cary Leibowitz (b. 1963). Since the early 1990s, when he became widely known as, “Candyass,” a moniker that Hilton Als writes, “becomes yet another means of deflecting criticism,” Leibowitz has carried on with an interdisciplinary practice that turns a critical eye on subjects of identity, modernism, the art market, queer politics, and kitsch. In his comically self-effacing text-based works, for which he is best known, he mixes his obsessions with popular culture and fine art with elements of social commentary, self-loathing, institutional critique, and stand-up comedy. [1] His work manages to seamlessly blend comedy and neurosis in such a way that questions about appearance and identity become a running commentary on the self/other.

In 1990, directly after the success of his first solo exhibition at Stux Gallery, New York, Leibowitz spoke with Vince Aletti for The Village Voice, “The defense I’ve always had about my work is that, all right, it might not be like genius stuff and it might not be earth-shattering and it copies a lot of other people, but it’s documentation. This is some guy who grew up in the suburbs in 1963 and he’s gay and he’s making work and a gallery’s showing him.” [2] Since then, Leibowitz has turned his ability to translate his feelings of inadequacy into art. And, the result is “unmistakable work that is the product of a riveting and consistent practice—driven by anxieties, neuroses, and premonitions of difference—that transform self-doubt and social skepticism into something much larger than niche art-world critique: a heartrending and intimate meditation on our inescapable secret doubleness, the lacerating, manipulative and above all debilitating self-aware conscience that lies always beneath, or behind, or just around the corner, with a mocking wink.”[3] By making failure, particularly personal failure, his medium and showing particular preference for the lowbrow, the pathetic, the inexpensive, the throw-away, Leibowitz throws post-modernism’s slick critique of modernism into harsh relief. His palpable disdain for what is popular makes him an artist who has been forever intentionally out of step of the traditional narrative, but it is exactly this otherness that makes him, as critic Robert Atkins wrote, “A Jeff Koons for the rest of us.” [4]

The exhibition features nearly 350 original artworks and multiples from 1987 to the present: paintings, commercially manufactured multiples, works on paper, archival material, and fabric works. In one series of paintings, he professes his love to forty artists with whom his own works find affinity: “I love Andy Warhol . . . I Love Gilbert and George . . . I Love Robert Gober . . . I Love Cady Noland, etc.” In another series, eleven identical pink panels that read, “Stop Copying Me,” are interrupted by a single panel that asks the viewer, “Do These Pants Make Me Look Jewish?” A diptych titled, “Sad Rainbow, Happy Rainbow,” pokes fun at Frank Stella’s frigid masterpieces and imbues them with psychological humor. The exhibition also includes many of Leibowitz’s multiples, mass-produced items that carry on many of the extended narratives that run through Leibowitz’s work. A white porcelain fish-shaped dish reads, “Fucked up homo bar-mitzvah gay boy worries too much about what his mother will wear.” Knit caps with “Fran Drescher Fan Club” emblazoned on the front, foam footballs that read, “Candyass Sissy,” an industrial mesh carpet that reads, “Loser Line Forms Here,” a Marcia Tucker seat cushion, a Cindy Sheehan megaphone, and a miniature baseball bat that reads, “I Want To Love You Butt . . .” are just a few examples.

Cary Leibowitz: Museum Show is organized by The Contemporary Jewish Museum and is curated by CJM Associate Curator Anastasia James. The exhibition is accompanied by a 256-page fully-illustrated hardcover catalog with contributions by James and Leibowitz, as well as Hilton Als, David Bonetti, Fran Drescher, Glen Helfand, Rhonda Lieberman, and Simon Lince. The exhibition will travel to the Institute of Contemporary Art, Philadelphia and the Contemporary Art Museum, Houston. 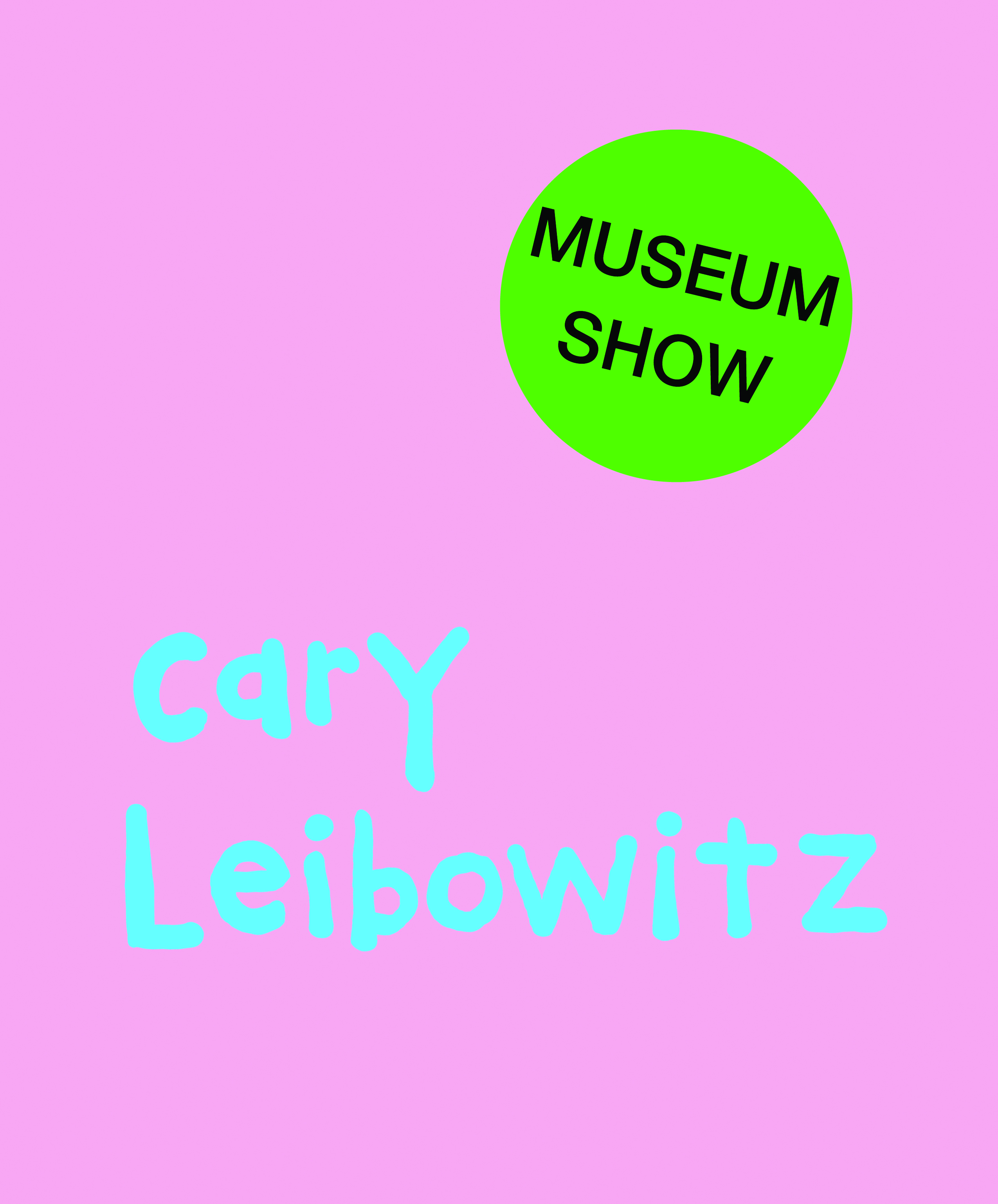 Cy and David’s Picks: Themes from the ’60s, A Minimalist’s Birthday, and a Candy Ass, KQED Arts

The Contemporary Jewish Museum’s exhibition program is supported by a grant from The Andy Warhol Foundation for the Visual Arts.